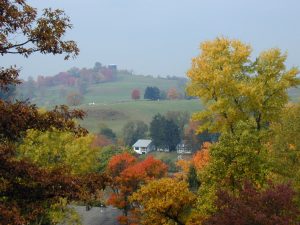 Child’s Play is the first in a trilogy of mysteries set in a fictitious small town in West Virginia, where I grew up. Thanks to the efforts of friends and colleagues, I’ll be touring the state during the month of August, starting with the Lewisburg Literary Festival on the 4th and 5th and ending with an event on the 28th sponsored by the West Virginia University Libraries which have asked for my manuscripts and other memorabilia. Along the way, I’ll be doing readings/signings and radio/TV interviews. Once the schedule is firmed up, I’ll be posting details in case you’d like to attend. Hope to see you there!