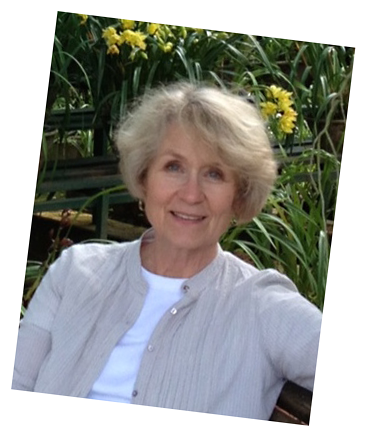 How did a girl from West Virginia end up on California’s Central Coast?

Via Kazakhstan. And Somalia and Laos and all the places where I worked to help folks in developing countries realize their dreams. (For more on those experiences, click “Where in the World?” above, right.) Now I’m over seventy, and looking back over my life journey, I find incidents that inspire tales of mysterious death and personal redemption. So here they are: a book set among expatriates in Asia and a trilogy set in a fictitious small town in West Virginia. Each mystery carries you into a world where people are not always what they seem, and your first impressions might need to be constantly revised. 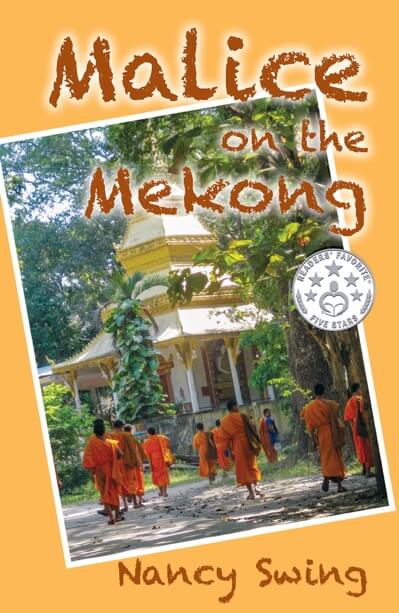 ANJALI RAO is a chocoholic Hindu grandmother who likes a gin-and-tonic now and then. The wife of a U.N. diplomat, she’s been trying to keep a low profile in Vientiane, Laos, because of something that happened at her husband’s previous post. And that’s boring. All this changes when the body of a controversial foreign hostess is found floating in the Mekong. The dead woman’s embassy and the Lao Government seem to rush to declare her death an accident, but the expatriate community doesn’t believe it. Unforeseen events pull Anjali into investigating, and soon she’s rushing around in her beloved Deux Chevaux, finding more malice than she thought possible. As Anjali sorts through the facts and lies, she discovers the expatriate community is hiding more than one secret. And one of them is downright dangerous.

Malice on the Mekong: Questions for Discussion, click here.
MALICE ON THE MEKONG is available on Amazon. CLICK HERE to purchase 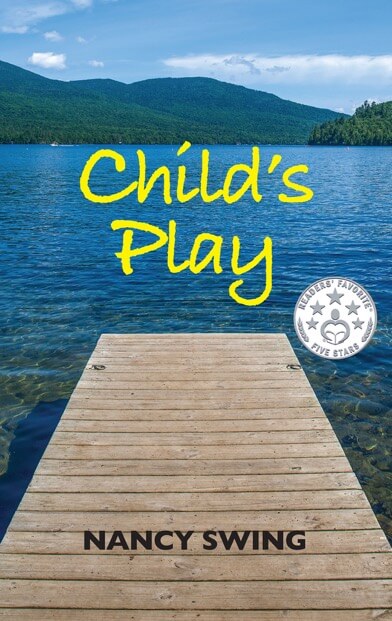 Volume One in the Lewiston, West Virginia Trilogy. Everything thirteen-year-old EDEN JONES knows, she learned from watching television. BETHANNE SWANSON learned all her lessons from fifty years in the school of hard knocks. Both feel like losers. Yet a tragedy in small-town West Virginia brings them together and forces them to tap resources they never knew they had. Eden’s best friend and Bethanne’s sister are found dead in a yellow Mercedes at the bottom of Lake Charles. Why would the poverty-stricken teen, Ray-Jean, have been riding with Mary Margaret, the town’s wealthiest woman? Did someone tamper with the car, causing it to plunge into the lake? Eden and Bethanne pool their talents and follow clues that no one seems to want discovered. What secrets are Mary Margaret’s family hiding? Did Ray-Jean’s snooping go too far? What role do the town’s most prominent citizens play? As these two unlikely partners unearth the sordid facts, their bond grows beyond a bumbling collaboration between amateur sleuths. Despite their differences in age and experience, they end up not just friends but true soulmates.

CHILD’S PLAY is available on Amazon. 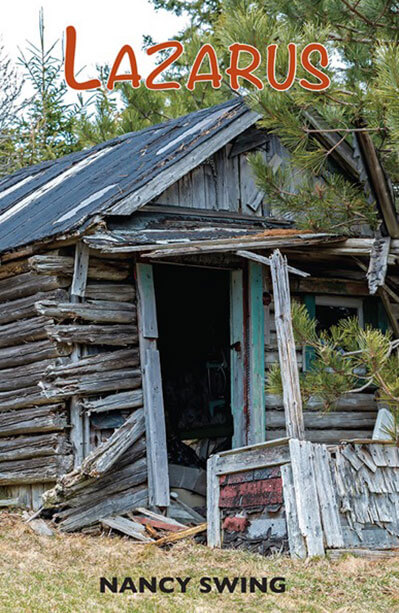 Volume Two of the Lewiston, West Virginia Trilogy. When 16 year-old JIMMY LEE SCHUMAN loses his father to a mind-shaft collapse, he has to quit school and go to work to help support his mother and four younger siblings. Despite toiling at two menial jobs, he can’t make ends meet until he learns about Sarah Simmons. This city lady from Baltimore has bought a ramshackle cabin and needs help restoring house and grounds. She takes a chance on Jimmy Lee, who soon proves his worth. Before long, she takes another chance, adopting an escaped dog who’s been terribly abused. But three men — a banker, a pot-grower and the county’s best hunter — seem to have it in for Sarah. First her dog and then Sarah meet dreadful ends, and Jimmy Lee vows to bring their killer to justice. Eden Jones and Bethanne Swanson reappear from the previous volume in this West Virginia trilogy to help solve the crimes. But it’s Jimmy Lee who learns what it means to fail and yet triumph when it comes to solving the mysterious deaths of loved ones.

LAZARUS is available on Amazon. 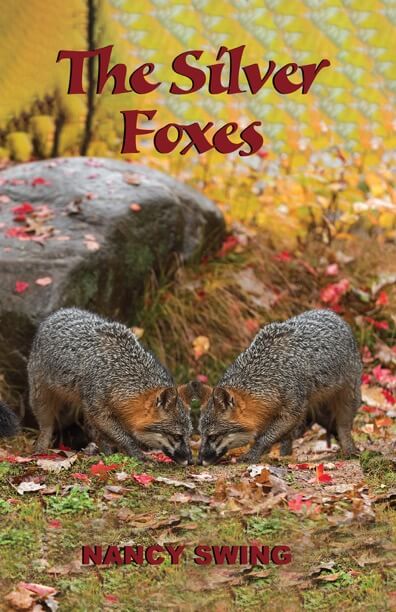 Volume Three in the Lewiston, West Virginia trilogy. Something’s not right at the Evergreen Retirement Community in Lewiston, West Virginia. First Suzie dies suddenly in Skilled Nursing just when she’s scheduled to return to her Independent Living apartment. Then Alejandro is killed when his car is forced off the road late at night. Suzie’s bridge-playing friends are suspicious and soon organize themselves into The Silver Foxes. They may be in their seventies, but they’re still bright-eyed and bushy-tailed. Before long, they’re sniffing out clues on the trail of sinister shenanigans. Readers of this final volume in the Lewiston Trilogy of mysteries will meet old friends, as well as some captivating new ones.

THE SILVER FOXES is available on Amazon.